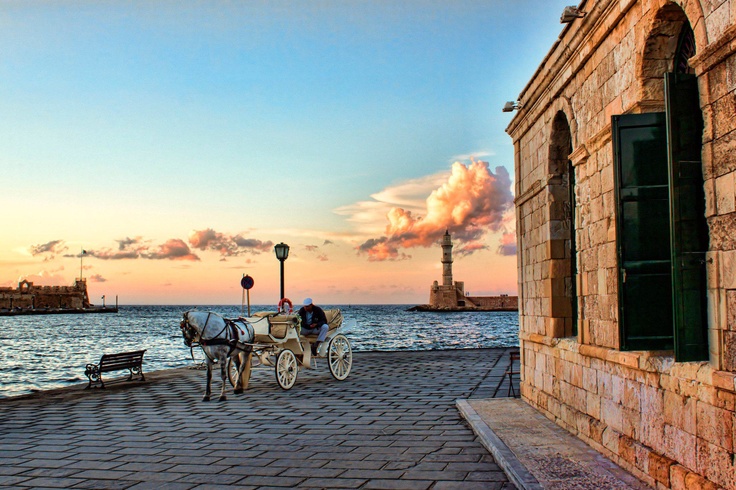 Old City - Venetian Harbour ( in Chania - Hania - Canea ) - 17 km from Maleme )- with its Venetian, Turkish and Neoclassical buildings has been scheduled for preservation, although a large part of it has already fallen into decay. Along the whole length of the waterfront, there are fish-sellers, tavernas, ouzo, "tsikoudia " (raki) and drinks bars. There are also streets of knife-sellers, "stivanadika" (Cretan boot and shoemakers) and every type of traditional small trader. All around the Venetian harbour with numerous picturesque narrow streets and architecture showing the influence of decades of foreign domination. The pretty Venetian Harbour and the Venetian lighthouse at the entrance of the Harbor are very interesting sights to visit.

(Maleme is 17km west) This is where the day-to-day business of the Chania goes on, with its shops, offices, the post offices and the Street Markets every Thursday and Saturday. Inside the town, there are Venetian, Turkish and neoclassic buildings. The public market (Agora) holds a master place in the center of the city, a brilliant cross-shaped building that was completed in 1913, and in proportion with the one in Marseilles. You can visit also Municipality of Chania. 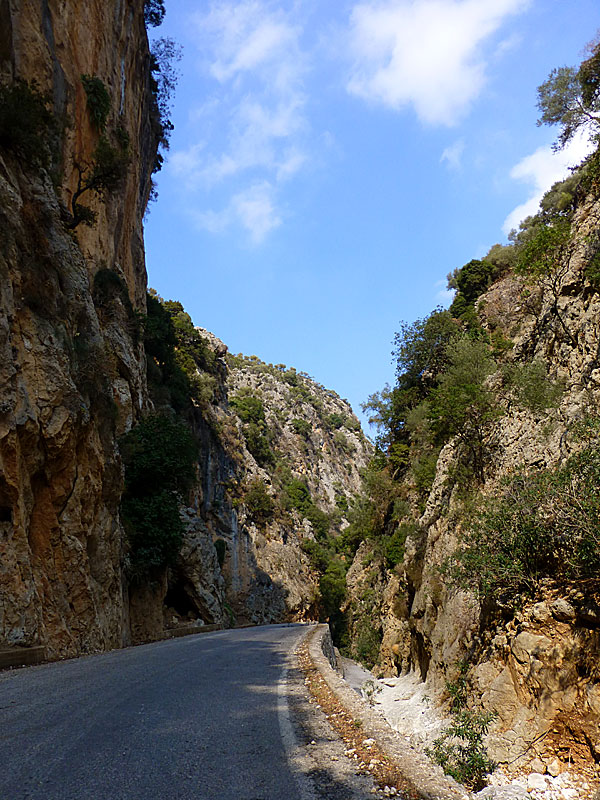 Chania Therisos (16 kms from Chania & 30km from Maleme) is a historical mountain village in a rugged but verdant landscape at the foot of the White Mountains. It is a point of departure for the ascent of the highest peak in the range, Pence (2,452m). 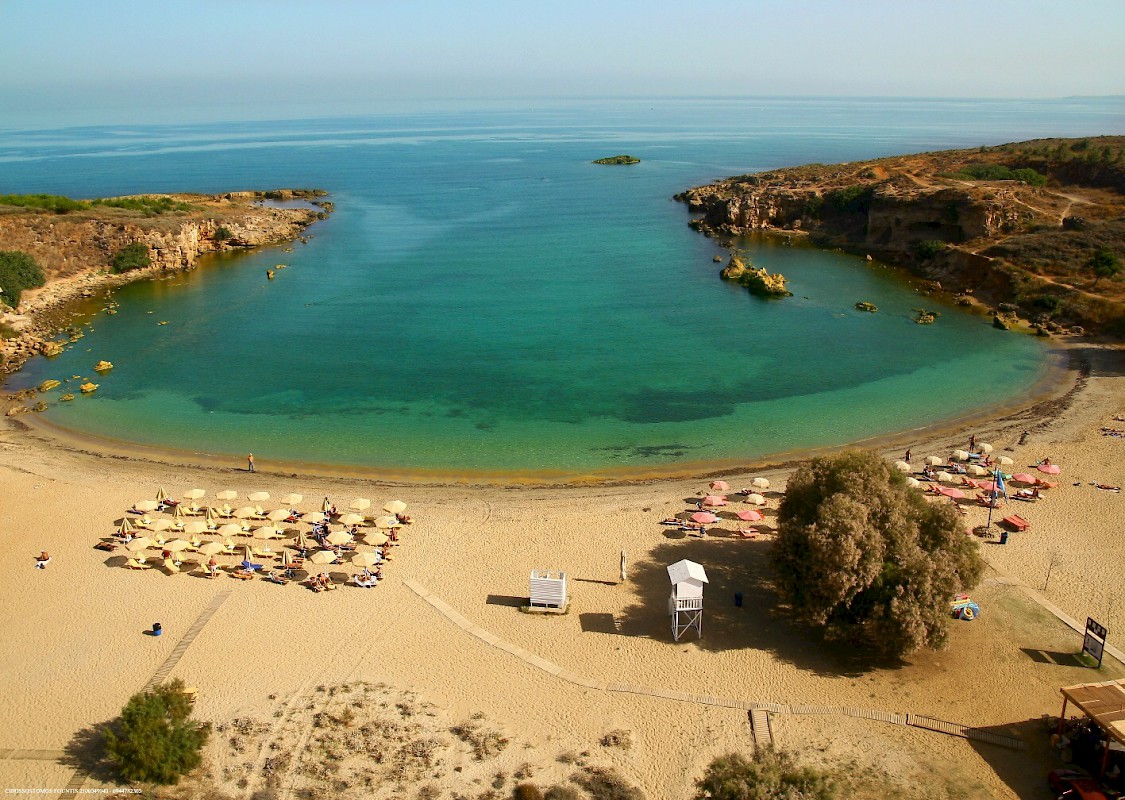 (2.5 kms West from Chania and 14km from Maleme): A seaside community where the bathing is wonderful and there are caves which have been used as refuges during successive wars. 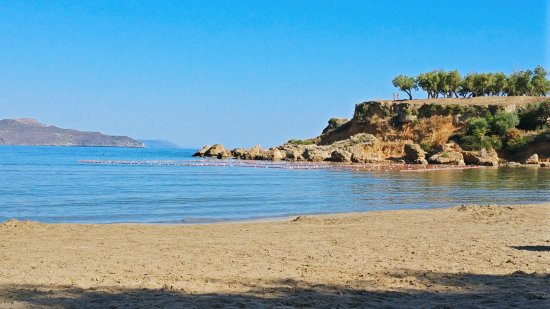 ( 14km from Maleme ) They are among the most frequented beaches in the summer and are modern centres of tourism comprehensive facilities.

Thodorou is the little island opposite the shore (  across to Agia Marina ). The island today has been designated a natural reserve and Cretan wild goats ( Agrimi or Kri-Kri ) are taken there to breed. 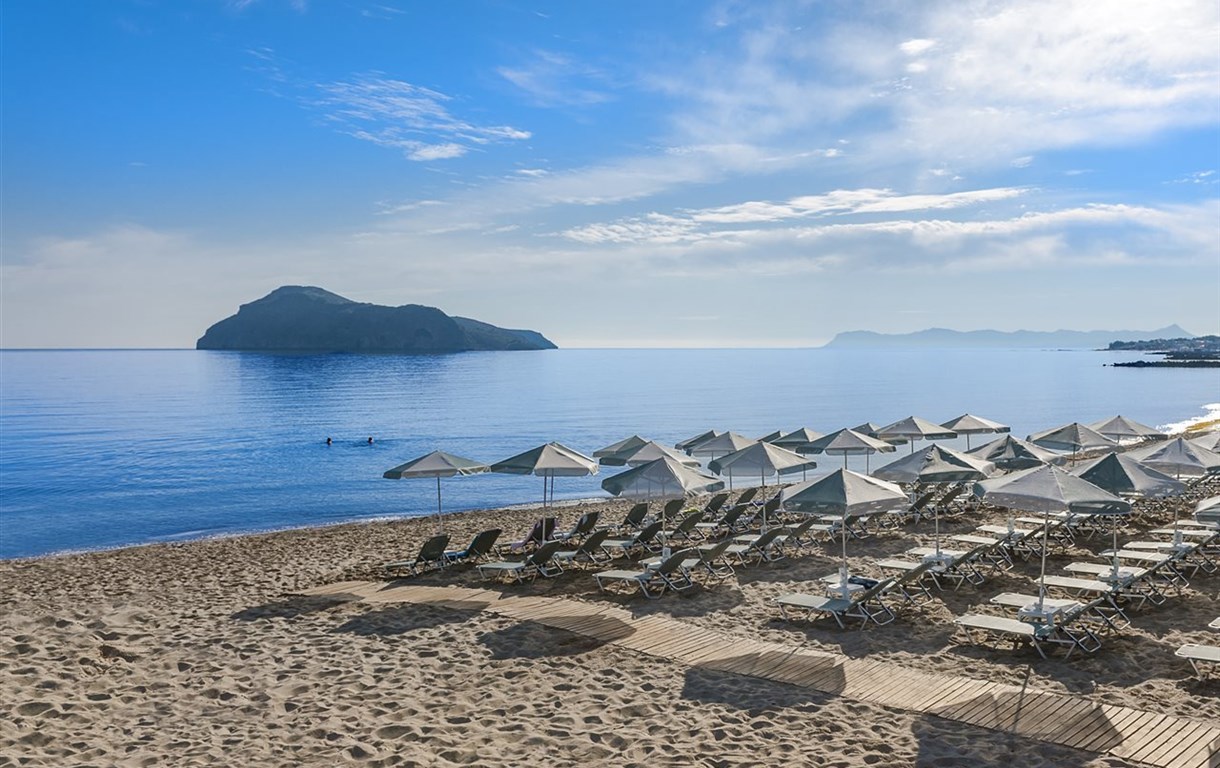 Platanias (10.5 kms West from Chania & 4km from Maleme): Is a popular village with many bars, clubs, Shops Restaurants, mini markets. Nice family accommodation is Frideriki Studios and Apartments. Also you can Visit Welcome to Platanias Village. 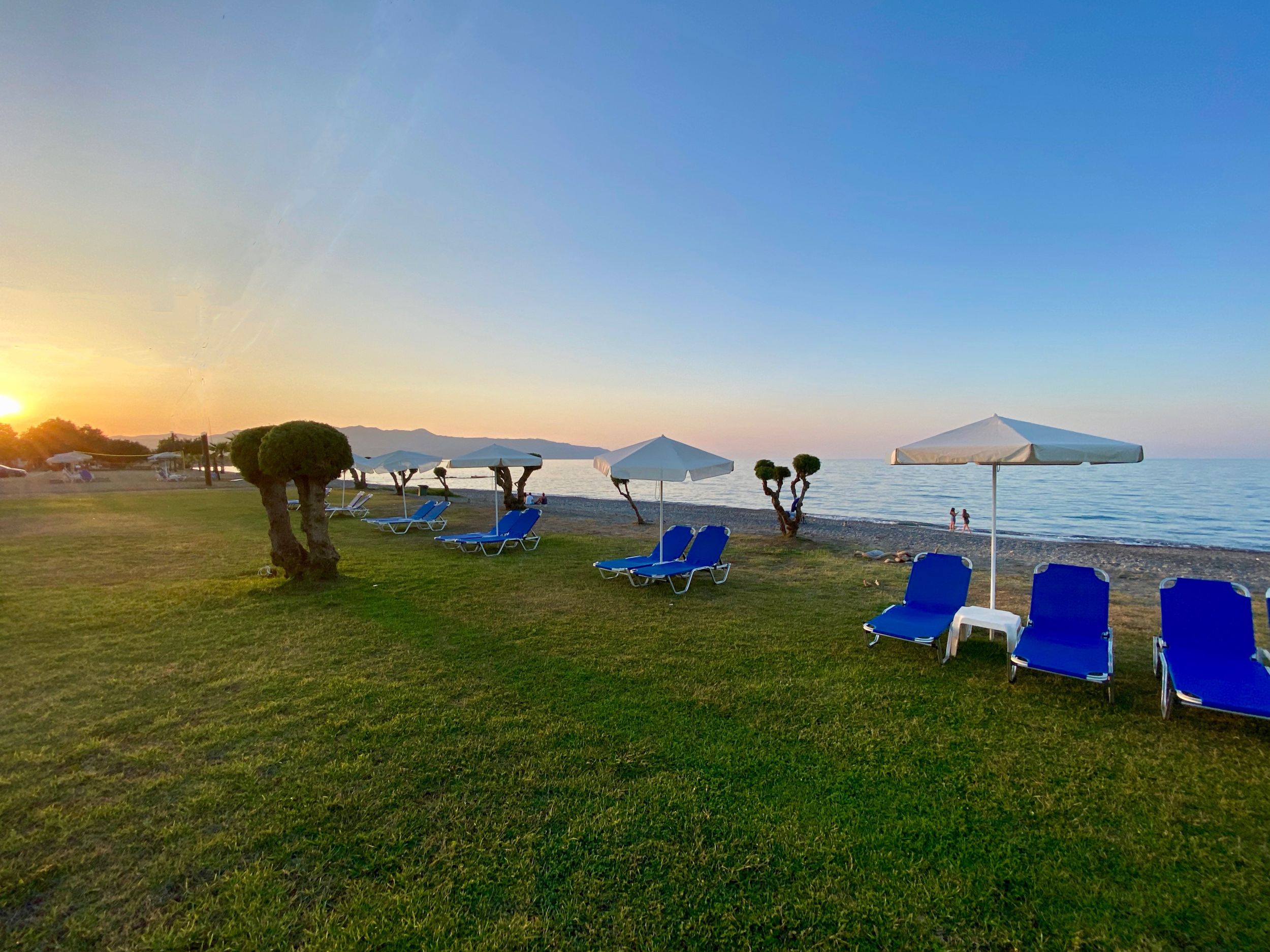 Maleme (17 kms West from Chania): a seaside village. Also you will find the German War Cemetery famous from the Battle of Crete . Book your Maleme Hotels and enjoy your Holidays in Crete 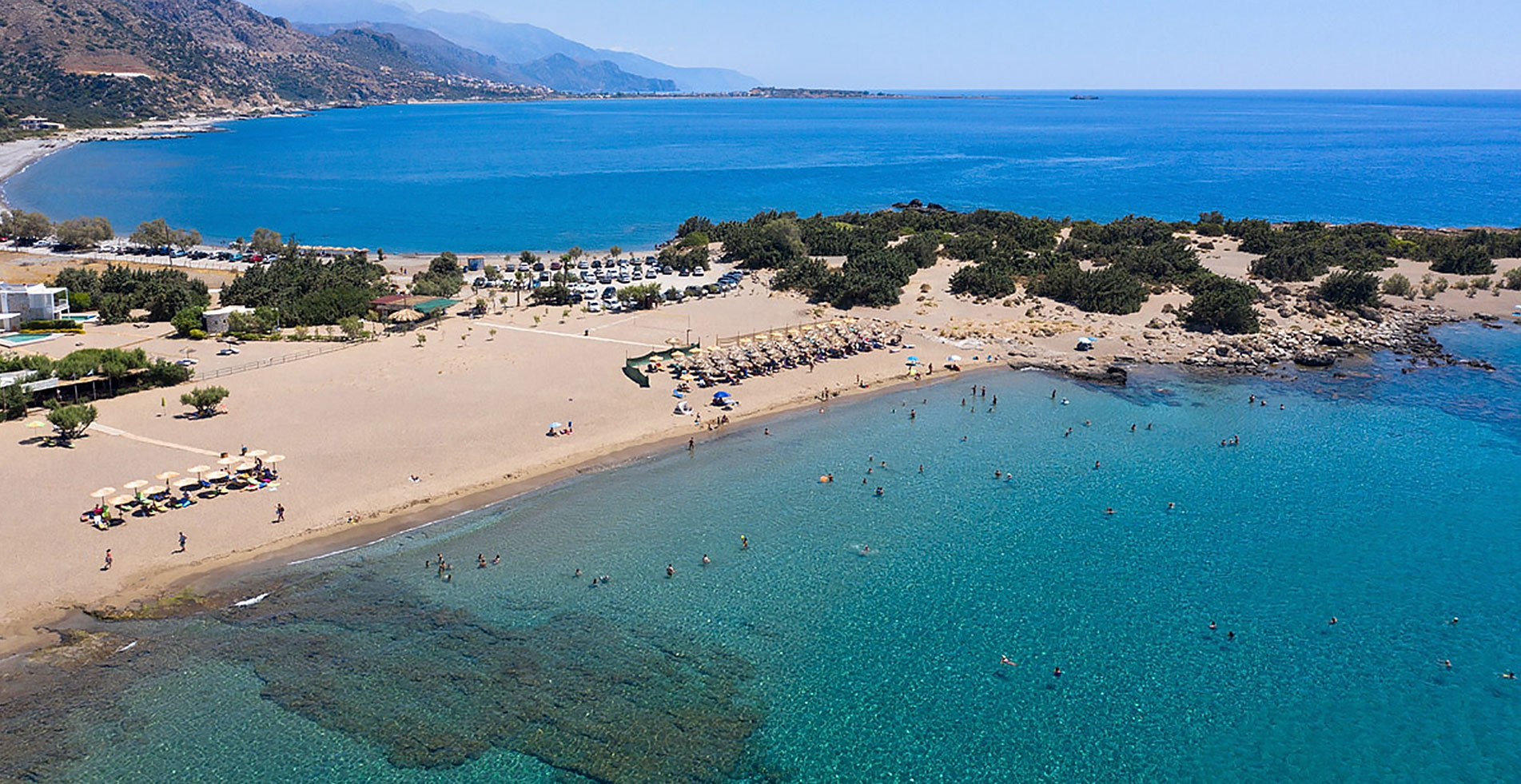 Palaiohora (73.5 kms WestSouth from Chania & 56km from Maleme): This is a very picturesque large seaside village on the Libyan Sea. It is situated on the plain and the houses descend to the water's edge. Also known as Kastelli Selinou - from the Venetian fort - it is considered to be the second " nymph of the Libyan Sea " after Ierapetra. The geographical location of the area, the climate, the excellent nature of the beaches, the sunshine and also the wealth of Greek, Roman, medieval and Byzantine monuments in its hinterland have resulted in its rapid development into a tourist resort. The sand and pebble beaches around it, whether crowded or empty, offer an opportunity to relax, even the most demanding. You can Visit also the site of Paleochora. 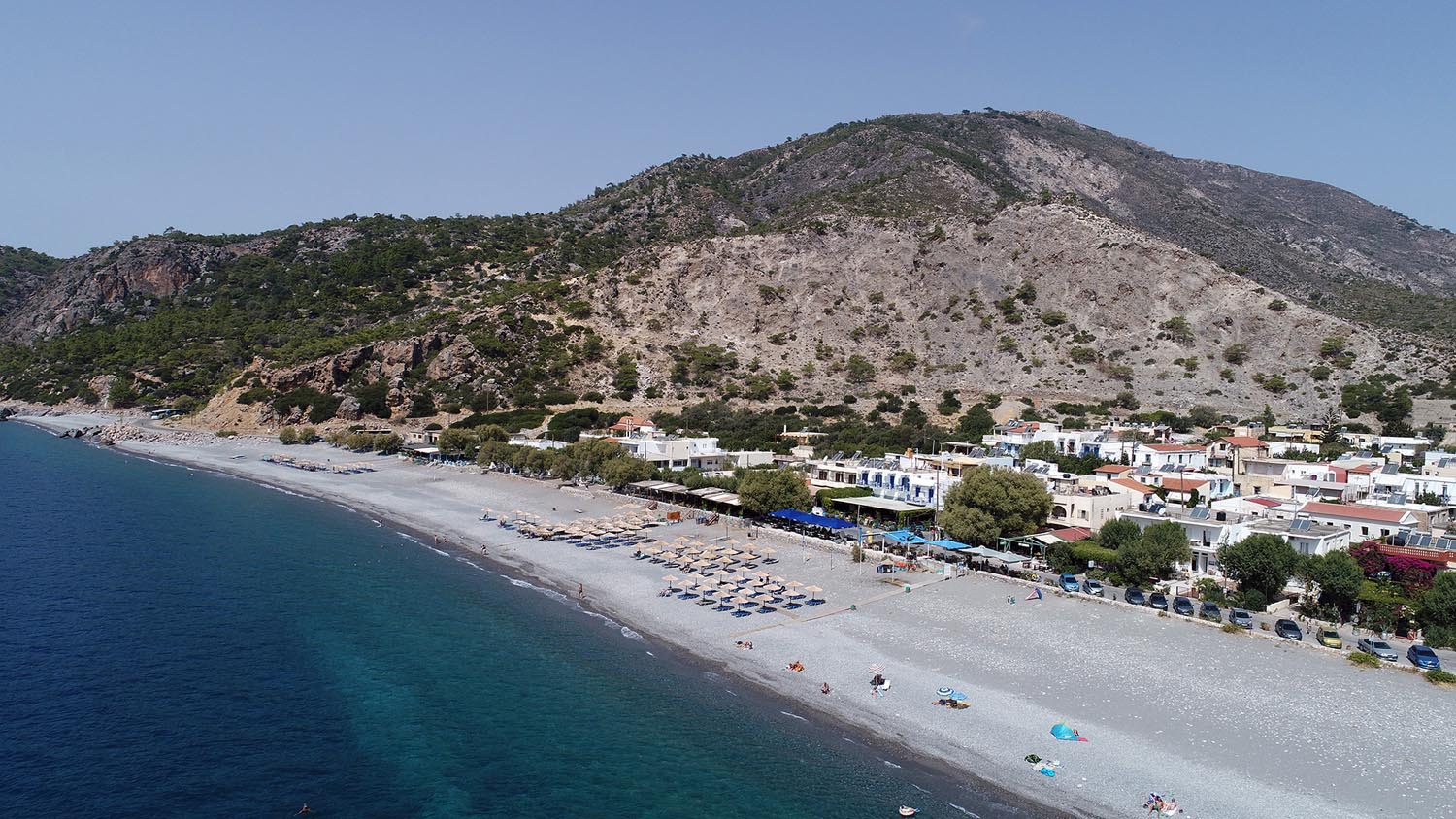 Sougia (67.10 kms South from Chania & 45 km from Maleme): is a modern coastal fishing village with a protected harbor and pine-covered slopes around it. There is a pebble beach in front of the village, 1.5 kms in length, with deep crystal water. For those visitors who enjoy rambling, nature and antiquities, there is a surprise. 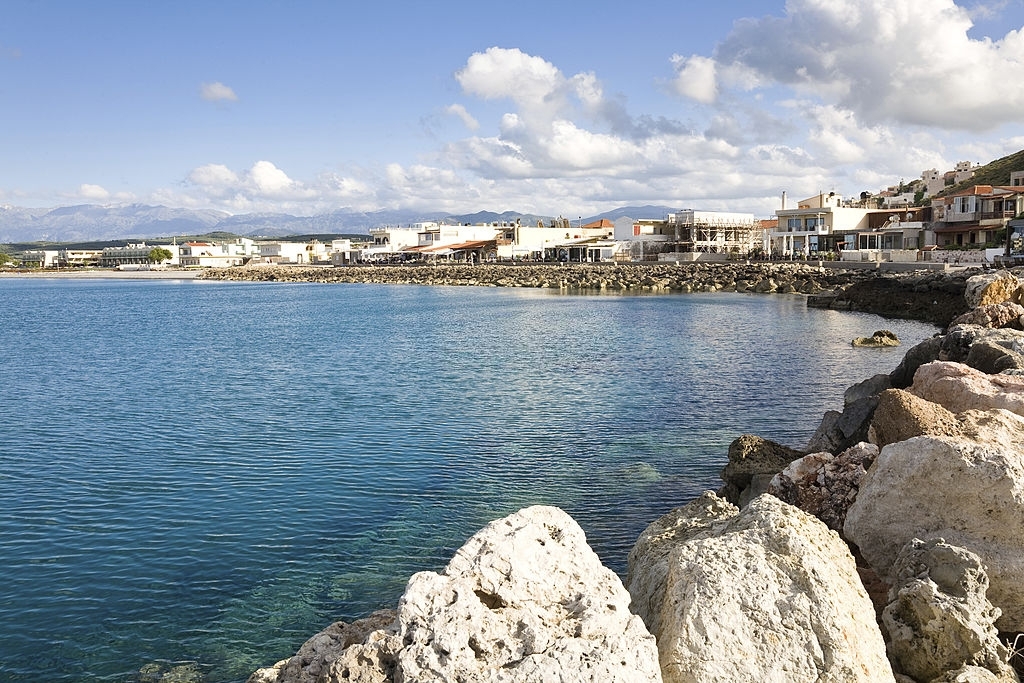 (23.7 kms West from Chania & 6 km from Maleme) is a seaside fishing village. To the right from the crossroads at Kolimvari, and 1 km down the road is the Stavropygic Monastery of Gonia, an important national and religious center. 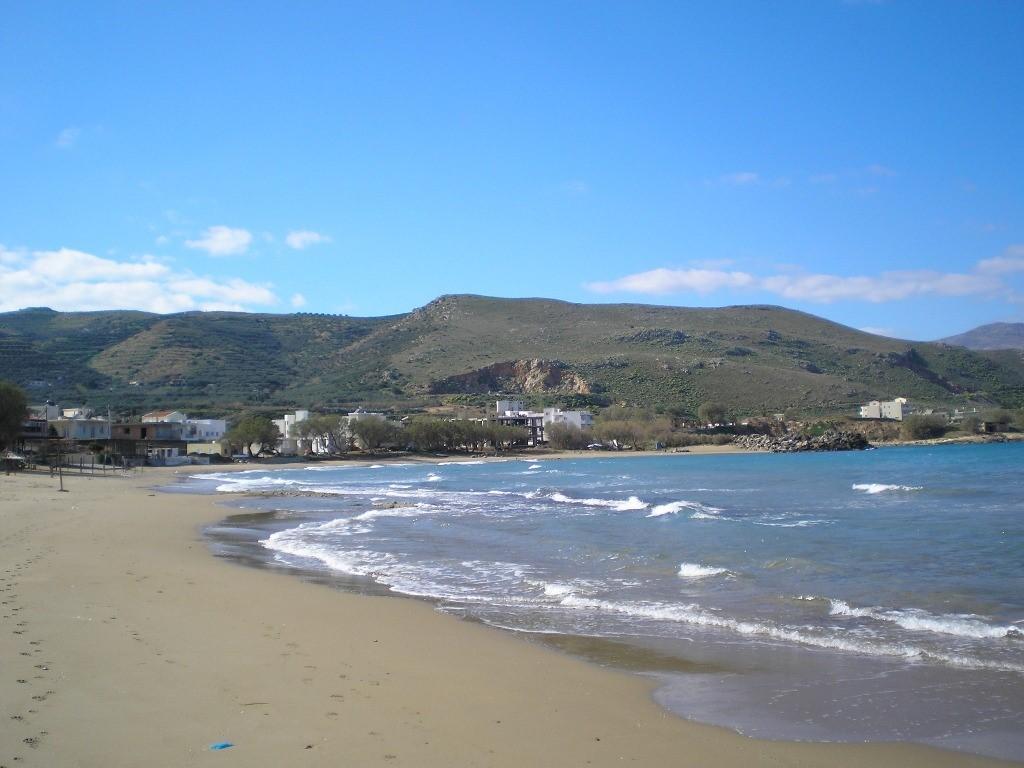 (42 kms West from Chania & 20km from Maleme) is the capital of the district of Kissamos and takes its name from the old Venetian castle there. Its fine beaches are of sand or pebbles, and the climate and sunshine make the area suitable for tourism. 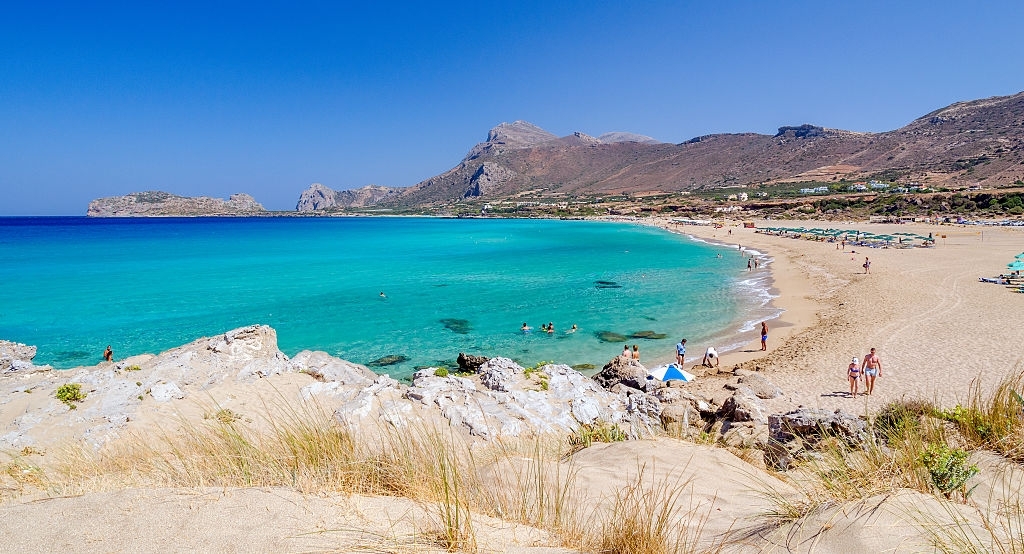 Falassarna (58 kms West from Chania & 40km from Maleme) is an area of superb natural beauty and an archaeological site where many people gather during the summer.

(61 kms West from Chania & 43 from Maleme) with a rocky though not precipitous coastline and very clean sea . Also you 'll find many fish restaurants.

(72 kms South West from Chania & 89 from Maleme). A white church and a number of cells lenddiversification to the scenic beauty of this quiet, aesthetic area of Crete. According to tradition, the name owes itself to the fact that one of the 90 steps which lead to the nunnery is made of gold but cannot be seen by sinners. 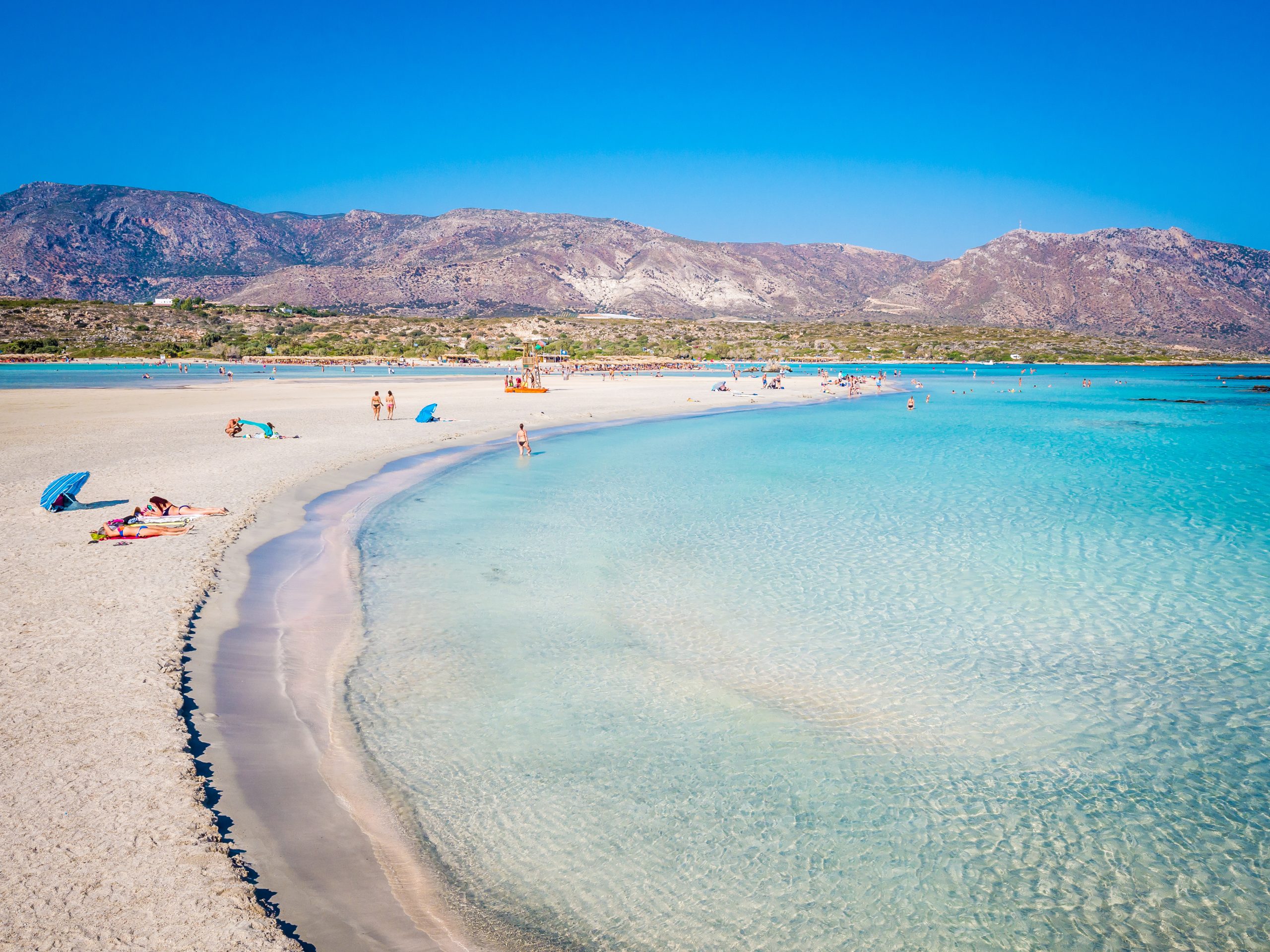 Elafonisi (78.5 kms South West from Chania & 60km from Maleme). Far away from the crowds and the reality of today, amidst the unsurpassed azure blue of the Mediterranean. The island with its fine reddish sand is connected to the shore by a shallow channel 0.50 - 0.80 m. deep and 800 m. long. 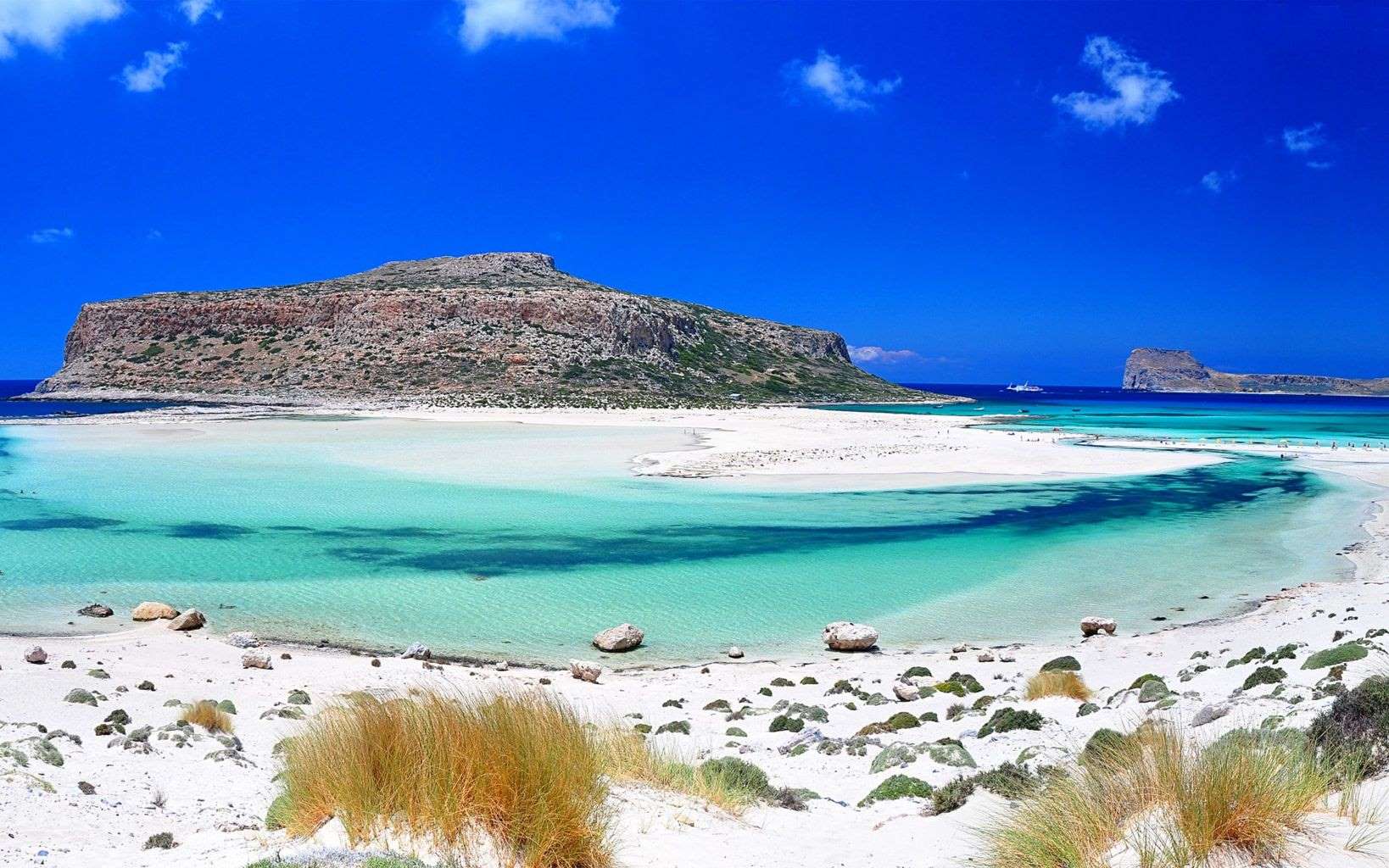 Balos Lagoon Gramvoussa with its wonderful sandy beaches, shallow water, tamarisks and springs with drinking water. Above the island there are the ruins of a Venetian castle, which was built in 1597. Out on the is horizon the little island of Agria Gramvousa, inaccessible at times of rough seas. You have to make a daytrip with Gramvousa Daily Cruises.

is the high plateau of the White Mountains (Lefka Ori) , 1080 metres.From there begins the Samaria Gorge. 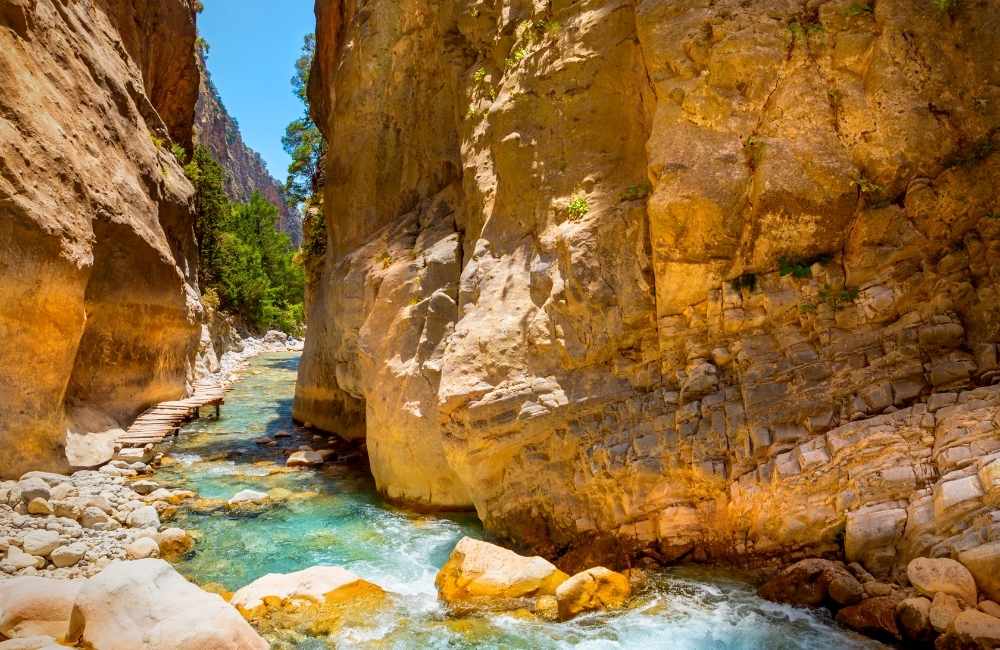 Gorge Samaria Gorge is one of the most beautiful places in Europe, it is 18 kms long and between 3 and 300 meters in width. It was proclaimed a nature reserve in 962 in order to protect the vegetation, birds, and animals there, in particular the Cretan wild goat (Kri-Kri). In 1980 it was awarded a prize by the Council of Europe as one of the most beautiful places on the continent. Passage through the gorge is permitted from the beginning of May to the End of October. The route through to the exit - the Gates - takes 6 - 8 hours. You can visit the Samaria National Park website. 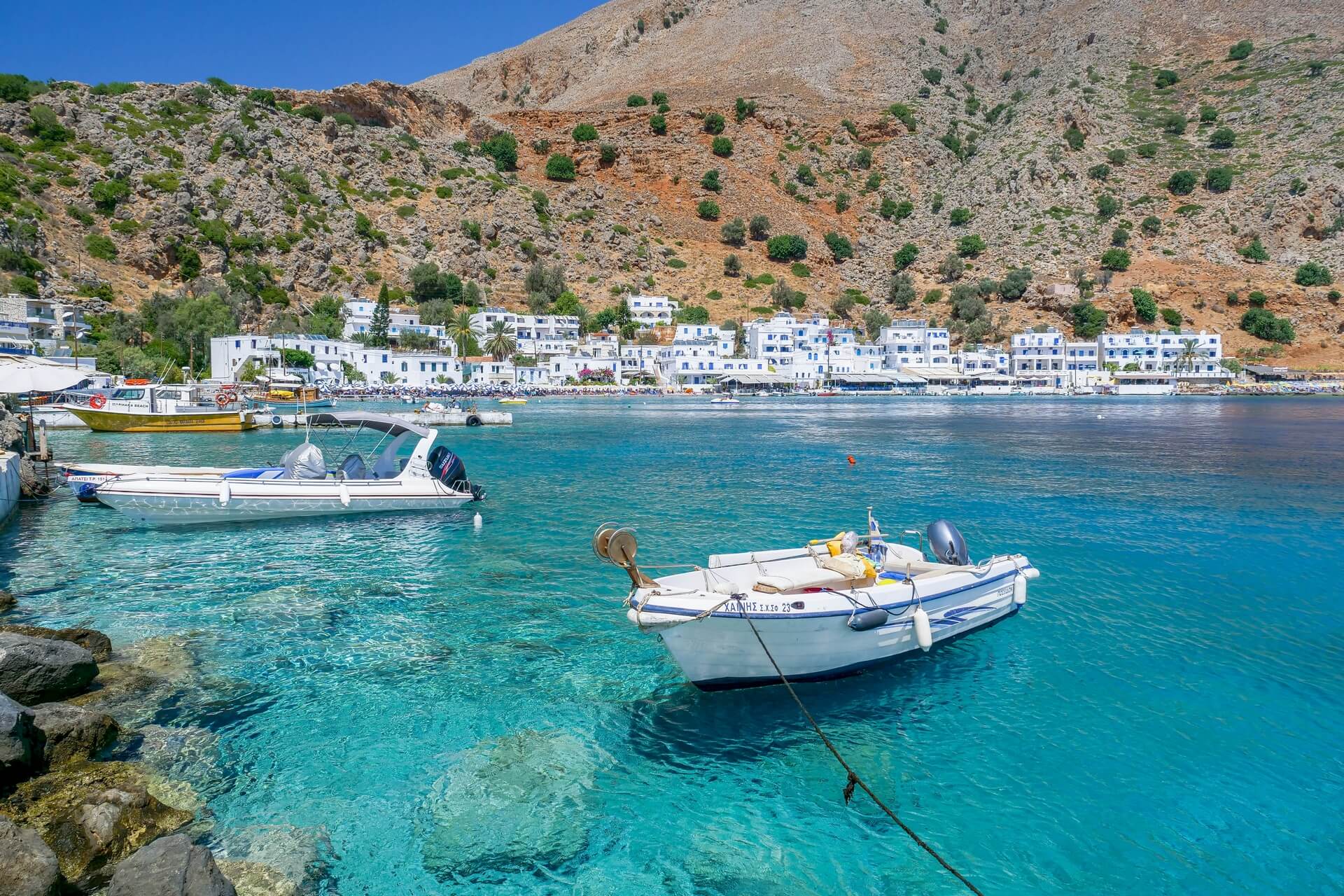 (in Southeast of Chania), a beautiful seaside village with a particular color. One of few places on Crete where you won't see vehicles.

(72 kms South from Chania, and about 90 km from Maleme) is a historic village built like an amphitheater by the beach. Sfakia is a wild, mountainous area, dominated by the mountain massif of the White Mountains. Full of Gorges, ravines, wild mountain peaks and difficult passes. The people of Sfakia never allowed the Turks to get near their wild mountains are. Anything you need to know for Sfakia. 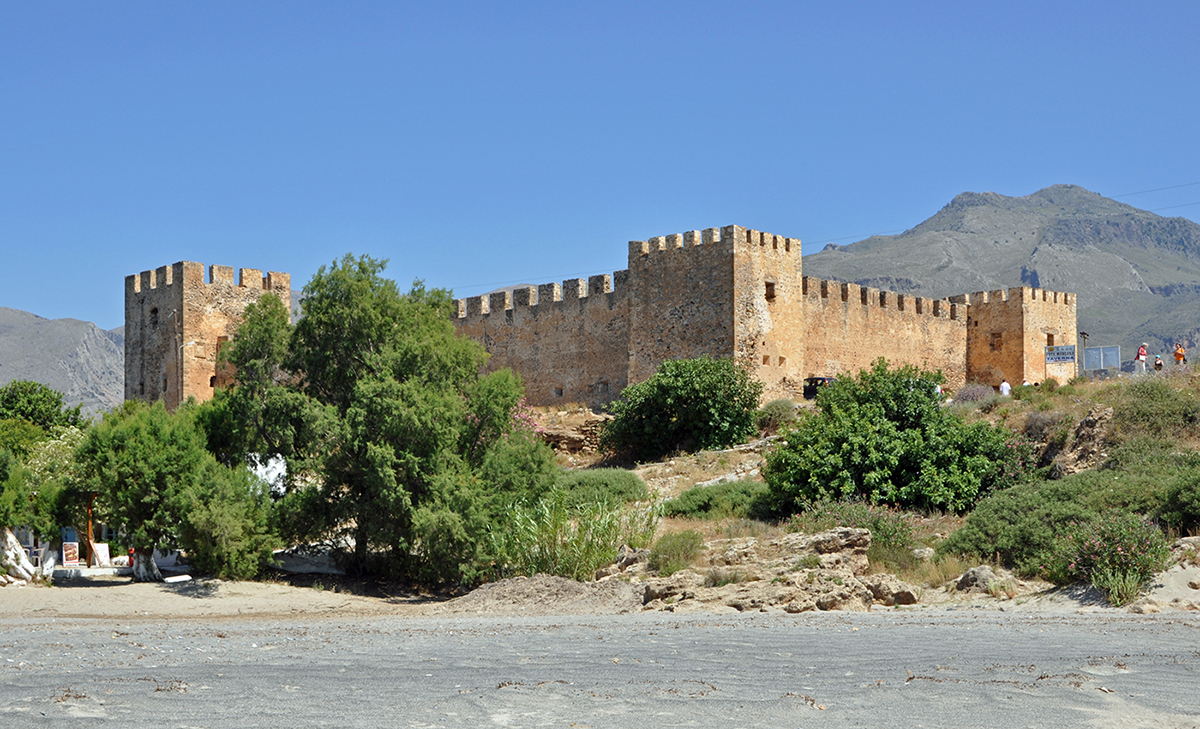 Frangokastello (80 kms southeast from Chania, and 97 km from Maleme) the beach of Frangokastello is one of the best spots in Crete, with fine sand, crystal - clear water (with good snorkeling opportunities). Next to the beach is the Castle.

( 68 km from Maleme ) The road climbs upwards, narrow and full of bends and then runs parallel with the Imbros Gorge. One of the narrowest, deepest and most imposing gorges on Crete, it is 7 kms long, 2-3 metres wide and 300 metres deep.

Akrotiri Peninsula (6 kms North East of Chania) interposes it self between the Gulf of Chania and the Gulf of Souda. There you will find also (in Profitis Ilias) the tomps of Elefterios Venizelos, A simple memorial recalls the first revolutionary movement which took place in 1897. You have to visit this place because the View out over Chania Gulf and towards the White Mountains is unique . 16 kms from Chania you will find the monastery of Agia Triada. 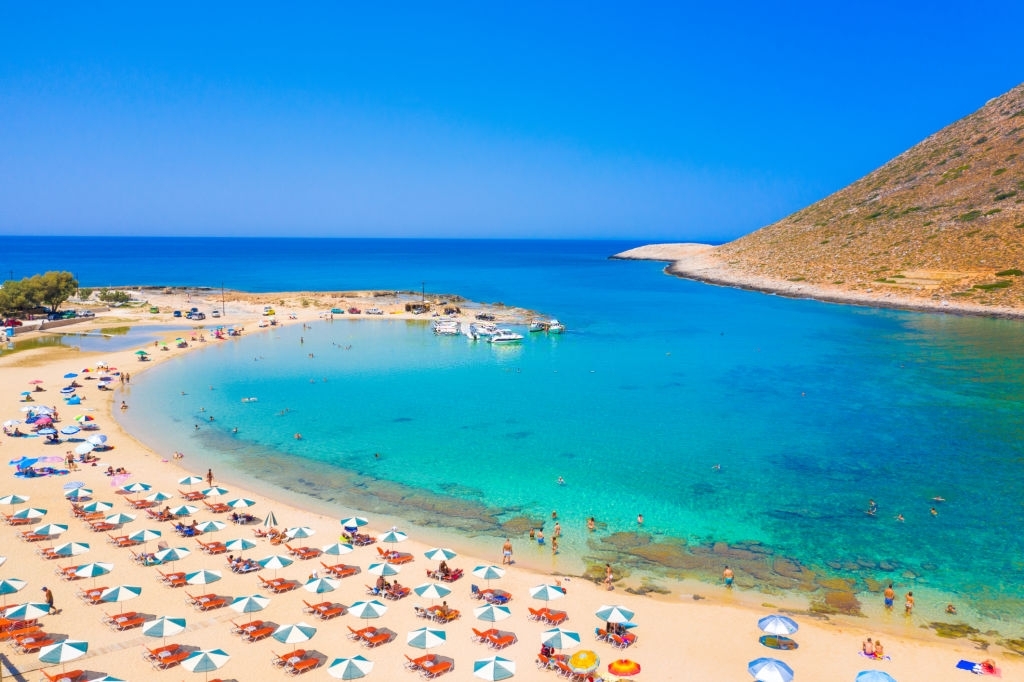 Stavros (is 16 kilometers from Chania and 32km from Maleme) is wel known for the film, Zorba The Greek.

Kalathas ( 35 km from Maleme ) is located in Akrotiri peninsula with a lovely sandy beach. 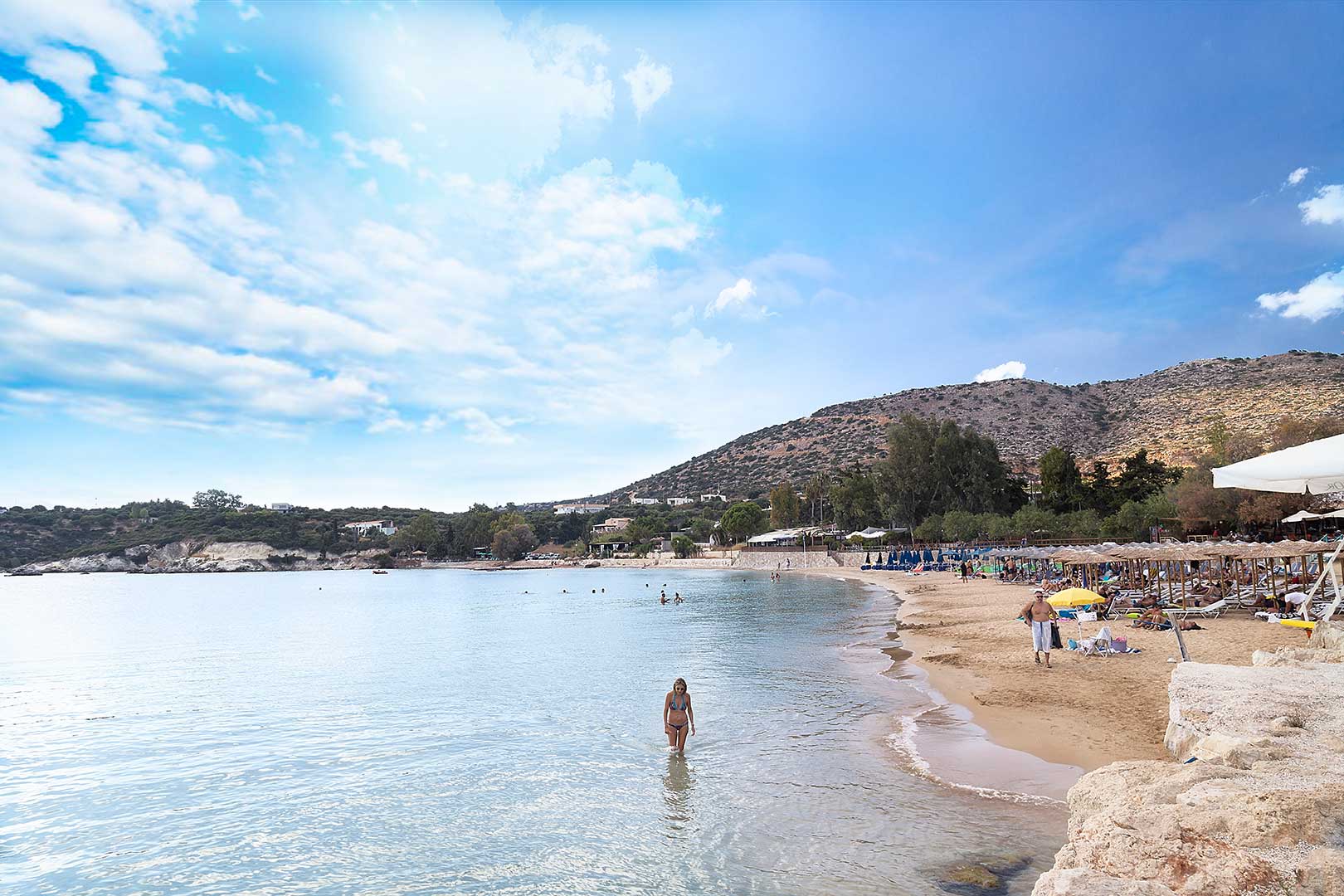 Marathi ( 39 km from Maleme ) is the perfect place for swim. 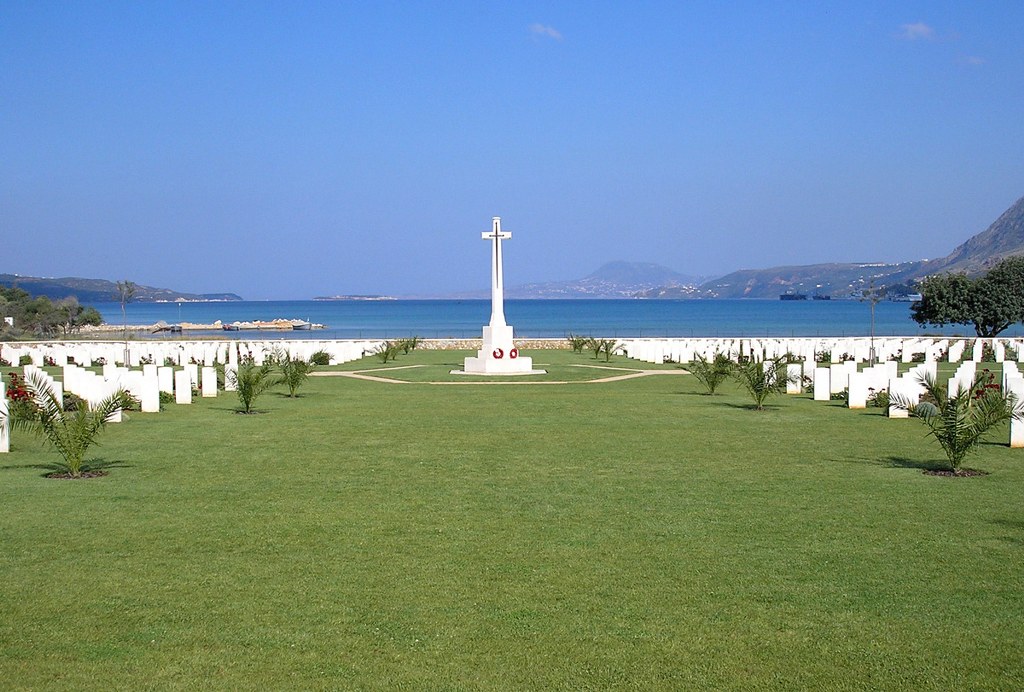 Souda (just 7 kilometers from Chania 25 km from Maleme ) and ) is then harbor for West Crete. There also you is British- New Zeland and Australian War Cemetery from the second world war, The Battle of Crete. Also if you travel by a Cruise Line in Souda Port.

(14 kms from Chania ) is a small village opposite the island of Souda. 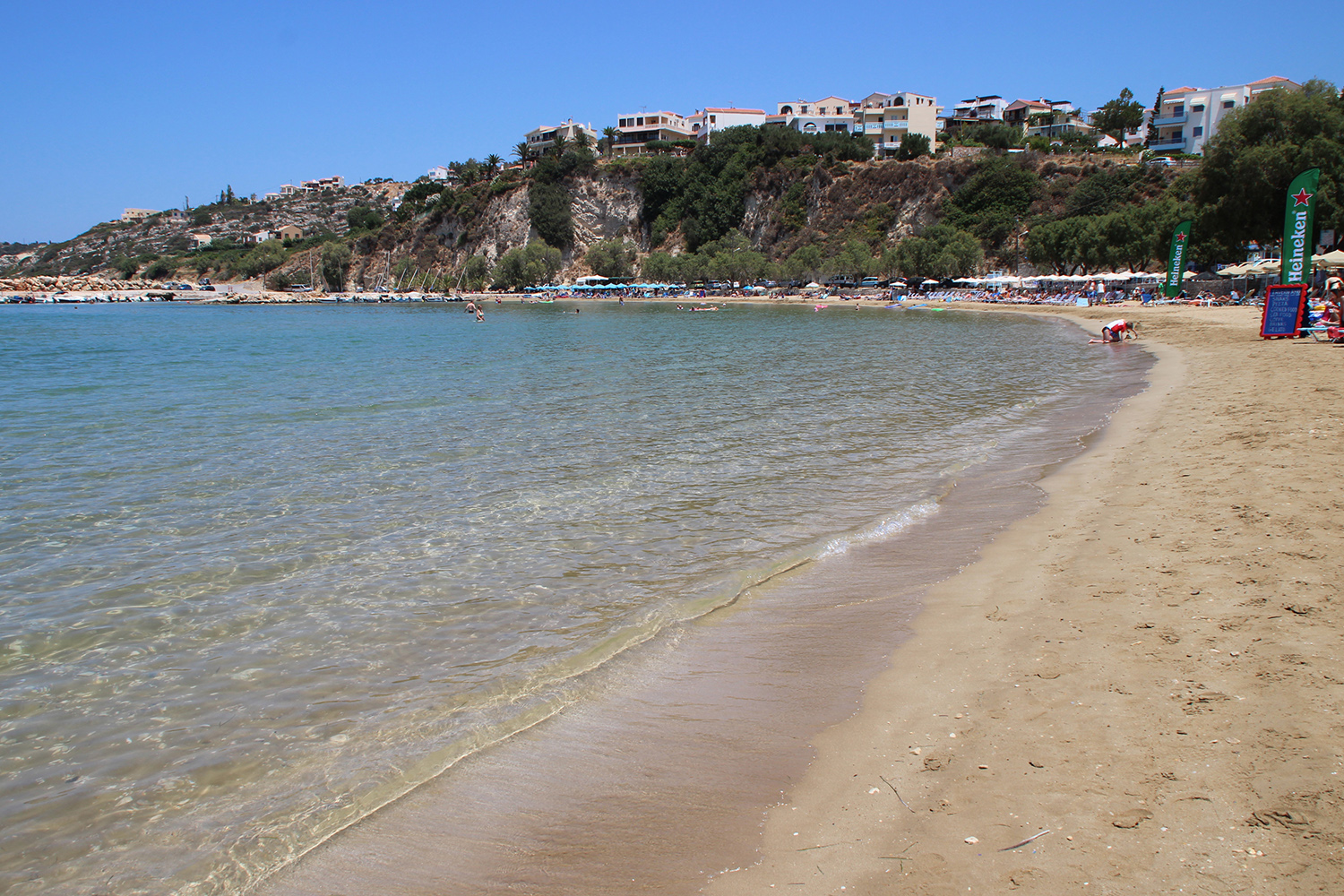 (17.5 km east of Chania and 36 km from Maleme) is a seaside and riverside village smothered in greenery and extending along a sandy beach.

Almirida (22 km east from Chania) is a seaside fishing village.

(25.1 kms east from Chania) is a picturesque place with traditional houses. 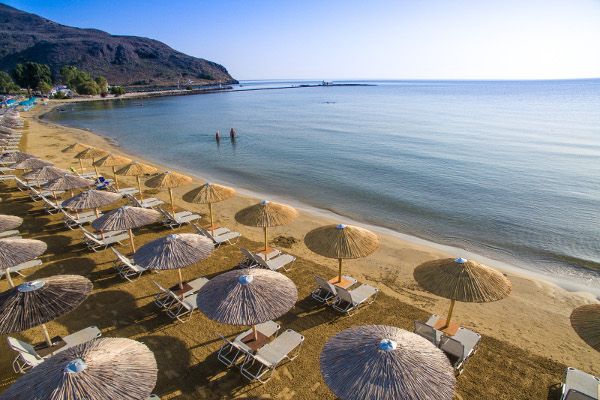 (38.5 kms east from Chania) is a coastal village with moderate tourist facilities, built on the mouth of the river Almirou which flows down from Lake Kournas. 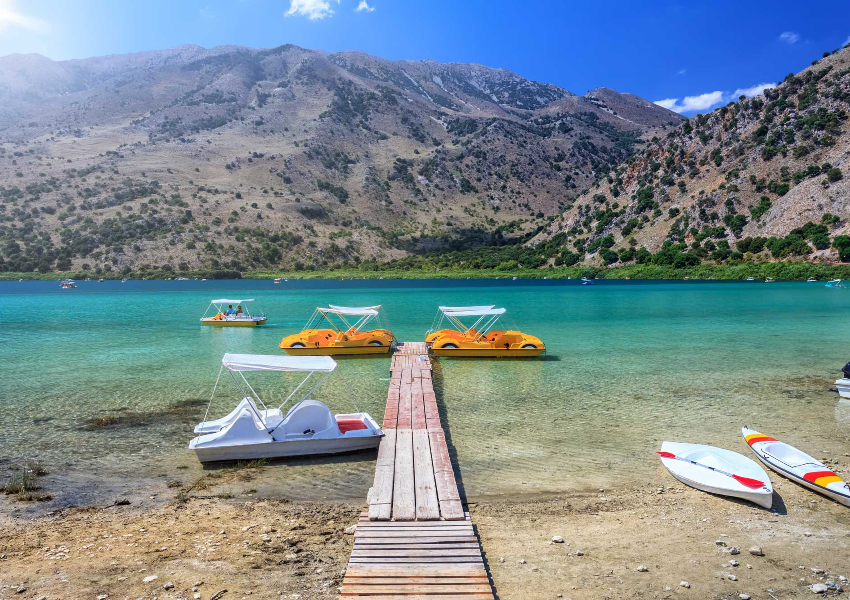 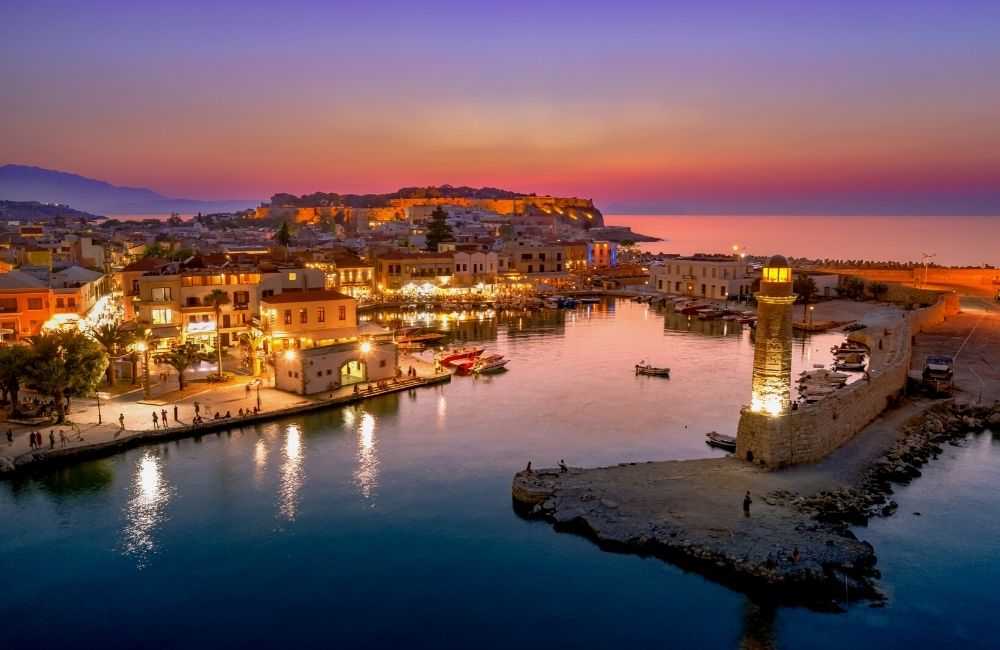 (80 kms from Maleme) is a nice sea side city with a Venetian castle. You must visit Rethymno and also them webpage The Prefecture of Rethymno.

(36 kms South of Rethymnon) is a seaside settlement and much-frequented tourist resort, built along the gulf of the same name which is enclosed by Cape Krios and Cape Kako Mouri. 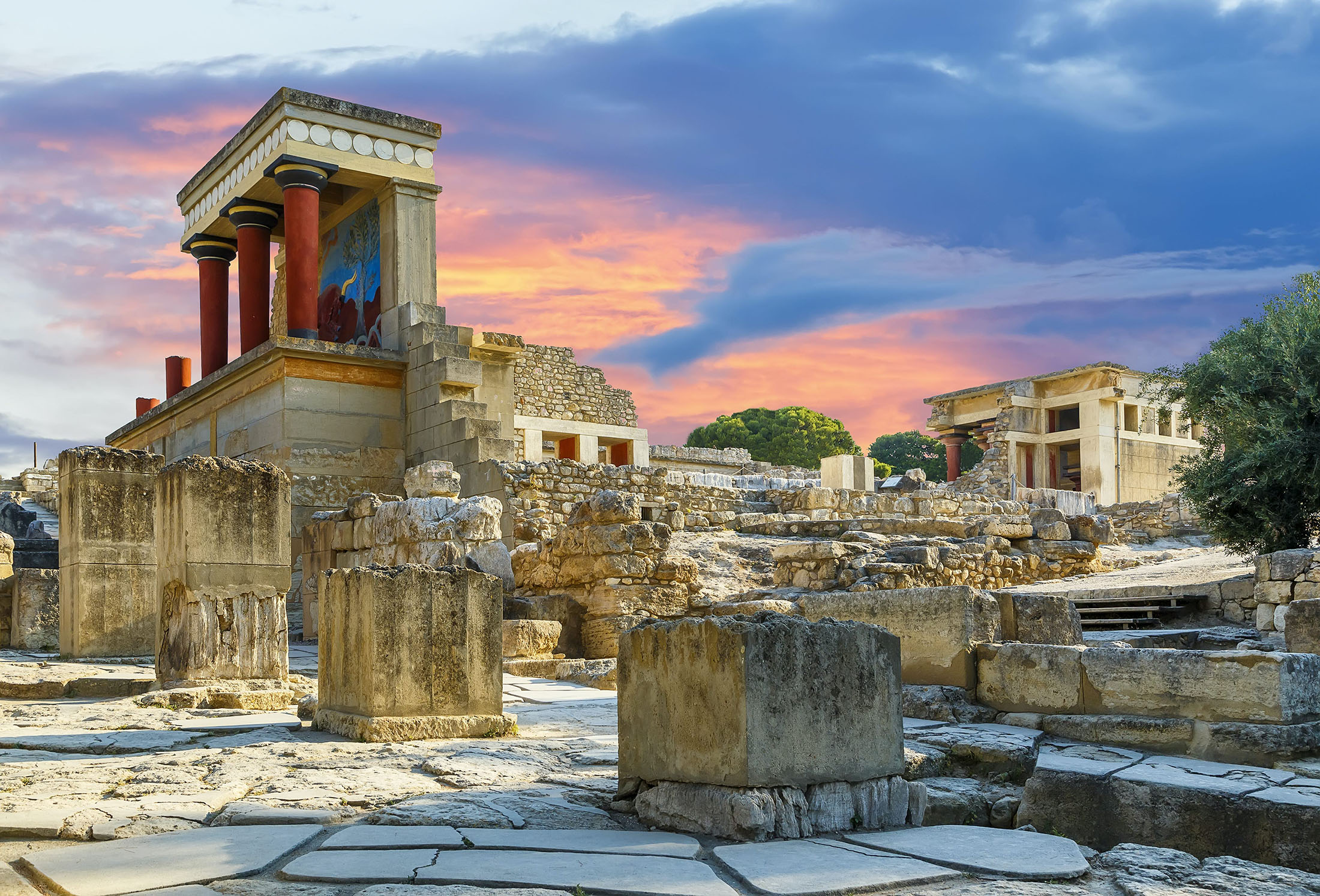 Palace Knossos: The archeological site of Knossos. By far the largest of the Minoan Palaces, it thrived over three-and-a-half thousand years ago at the heart of a highly sophisticated island-wide civilization. Here it was in the legend that King Minos ruled and that his wife Pasiphae bore the Minotaur - half-bull and half-man, you can visit the official site of Knossos.

We Hope you Enjoy your Holidays in the island of Crete

Scuba Diving in Crete and Chania